How to Make a Maine Lobster Stew

What is a Maine Lobster Stew?

A Maine lobster stew is in the style of other New England shellfish stews such as oyster stew and scallop stew. These classic dishes are united by their use of milk or cream, include only a few other ingredients, and are really more soup-like than stew-like. They’re made by simmering something in the onion family (onions, shallots, chives) in butter, then adding whatever shellfish the dish calls for, then milk and broth/stock, and then finishing it off with a few choice seasonings. It’s a milky, brothy, briny soup that really emphasizes the flavor of the featured shellfish. This is accomplished as much, by the stock/broth of the shellfish as the meat itself. In the case of a Maine lobster stew that means a lobster broth.

Because lobsters are a bit more expensive and time-consuming to prepare than other shellfish, a Maine lobster stew is probably the rarest of these milky shellfish New England stews. But in my opinion, it’s the best of them by far and the best lobster stew you could possibly make at home. I mean how can you possibly go wrong with juicy chunks of lobster meat swimming in a buttery, milky lobster broth?

That’s a rhetorical question, of course!

But there are some secrets that can take a Maine lobster stew from a really good-tasting dish to an otherworldly one. I’ll get to that in a minute. First, let’s answer a few more questions.

To be clear, when I say “lobster stew” I mean stews that only feature lobster. Other classic seafood stew recipes such as cioppino or bouillabaisse may include lobster along with other types of seafood.

Now I don’t know every regional lobster recipe in the US. There are other types of lobsters in US coastal waters such as the California spiny lobster and the Caribbean spiny lobster. If there’s some little-known regional pocket out there that has a unique lobster stew recipe, please let me know in the comments!

As mentioned above, a Maine lobster stew is more of a milky, brothy soup. You can see that clearly in the cover pic above.

A lobster chowder is more of a stew and contains the classic chowder ingredients of onions, potatoes, and salt pork or bacon. Like so…

And a lobster bisque is a pureed lobster soup that is typically smooth and thicker in consistency than a lobster stew. Like so…

How to Make Lobster Stew

It’s so easy it’s almost ridiculous. Now you do need a lobster broth (same as a lobster stock). That is the one time-consuming part of making a Maine lobster stew. You can see my post on how to make lobster broth. Once you have that, the rest of the stew will come together in just a few minutes. I can explain it in one paragraph!

But there are a few other things you should know.

Secret #1: When Aging is Good

You may be tempted to consume your lobster stew right away. After all, almost any combination of lobster, lobster stock, and cream in soup form is guaranteed to please the taste buds. But if you can be patient (easier said than done) and keep it in the fridge overnight, the flavors will develop and mature, just like with New England clam chowder (or any of the six types of clam chowder in New England). This is called aging (or curing) and it’s a common secret when making many types of soups.

To taste this for yourself, simply try a small portion of the Maine lobster stew as soon as it’s done. Try to burn that taste in your memory. Then, try it the next day. Your reaction will range somewhere on a scale of quiet but intense satisfaction to attempting any of these David Lee Roth leg kicks.

The second secret is even lesser-known. And that is to add some tomalley (the green paste inside a cooked lobster) and some coral. The coral is the roe of a female lobster. It’s a fairly dense, dark red substance that sits inside of a fully cooked lobster.

Both the tomalley and coral are considered delicacies by hardcore lobster enthusiasts and add a concentrated dose of lobster flavor. Admittedly, this will not be for everyone. The coral and especially the tomalley can be off-putting in appearance. It will almost certainly frighten small children. Therefore, it’s an optional but highly recommended step.

Unfortunately, the lobsters in the lobster tanks at your local supermarket may be sitting there for weeks. Lobsters lose freshness the longer they sit in tanks and the meat in their claws will shrink and lose their firmness. It’s also not uncommon for the lobsters to be overcrowded in those supermarket tanks. Local specialty fish markets tend to be better options. But thanks to the internet, you can now order fresh live lobster directly from Maine. This is the best way to ensure freshness and the best quality.

There are a number of companies that now ship live lobsters all across the US. My personal favorite is Lobster Anywhere.

They source sustainably caught live lobsters from small-scale Maine lobstermen and lobsterwomen. They then pack the live lobsters in a special container to keep them fresh and they can ship them overnight to anywhere in the country.

It’s a great service to use for any special occasion where you want to make a lobster dish using the best quality lobster possible. For example, a Maine lobster stew! 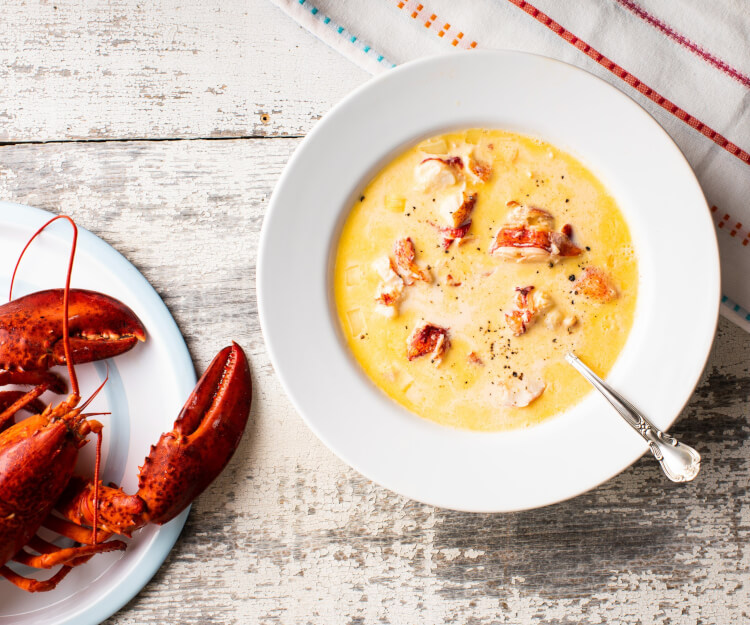 A brothy and creamy soup of onions, lobster meat, stock, sherry and cream. So simple and yet so very delicious!

Other Seafood Stew Recipes to Try 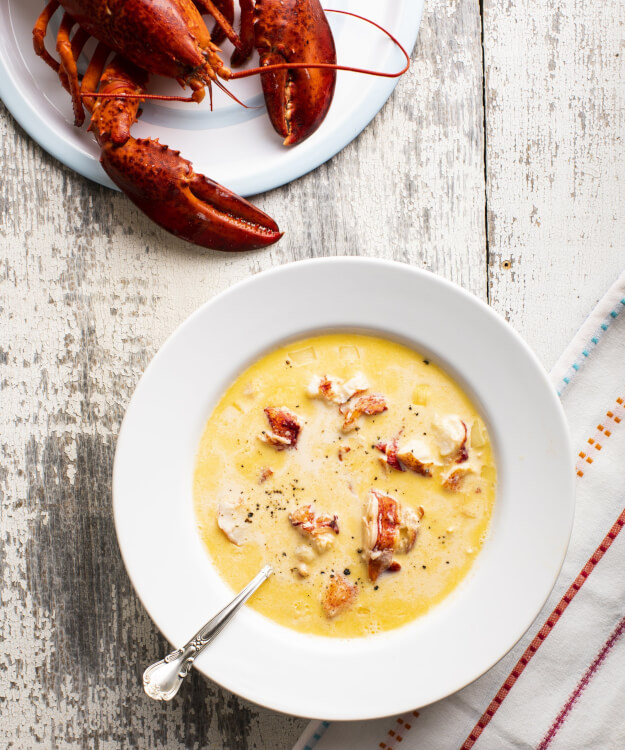