Red, yellow and green. It’s not too often you get such unique colors in a chowder! In this wild salmon chowder recipe, yellow corn, green peas and the deep rich red flesh of a wild-caught salmon (as opposed to the pale pink of farm-raised salmon) make for a striking presentation. Most importantly, it’s delicious!

I really encourage you to buy wild-caught salmon as opposed to Atlantic salmon. Did you know that salmon labeled “Atlantic” is always farm-raised? Unfortunately, farmed Atlantic salmon has negative environmental impacts. Wild Atlantic salmon are classified as endangered species and are therefore forbidden from any commercial or recreational fishing. With so many people eating salmon today, it’s important to shift our awareness to the difference between farm-raised and wild and to support our wild salmon fisheries on the west coast.

I’m including this recipe for a wild salmon chowder in my new cookbook, New England Soups from the Sea.

Now admittedly, because wild salmon is not local to New England, it won’t be a true New England chowder. But salmon is so delicious and so widely consumed that an exception needs to be made. And it makes a unique chowder not just in its colors but in flavor too, especially with dill and a little sour cream.

Yes, sour cream! Though it may seem unusual in chowder, it adds a nice touch of extra rich flavor. However, it’s an optional ingredient. To get a sense of its flavor, simply scoop out a small amount from the main pot and mix in just a dab of sour cream. If you like it, add some back into the main pot. Alternatively, let each person add it to taste in their individual bowl. 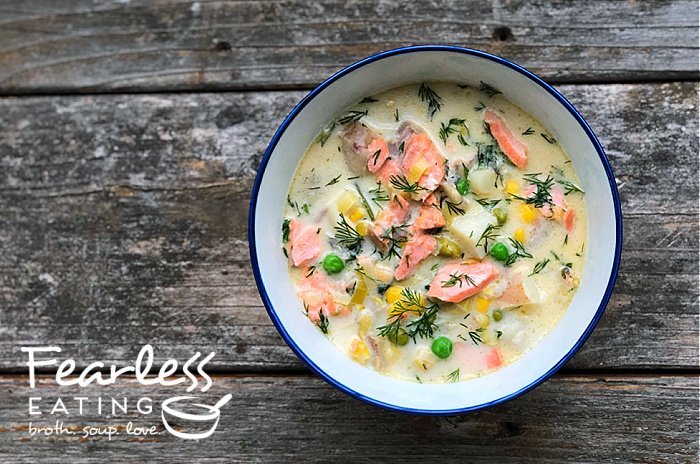 Peas, corn, dill, sour cream and, of course, wild salmon, make this a unique type of chowder both in colors and taste. 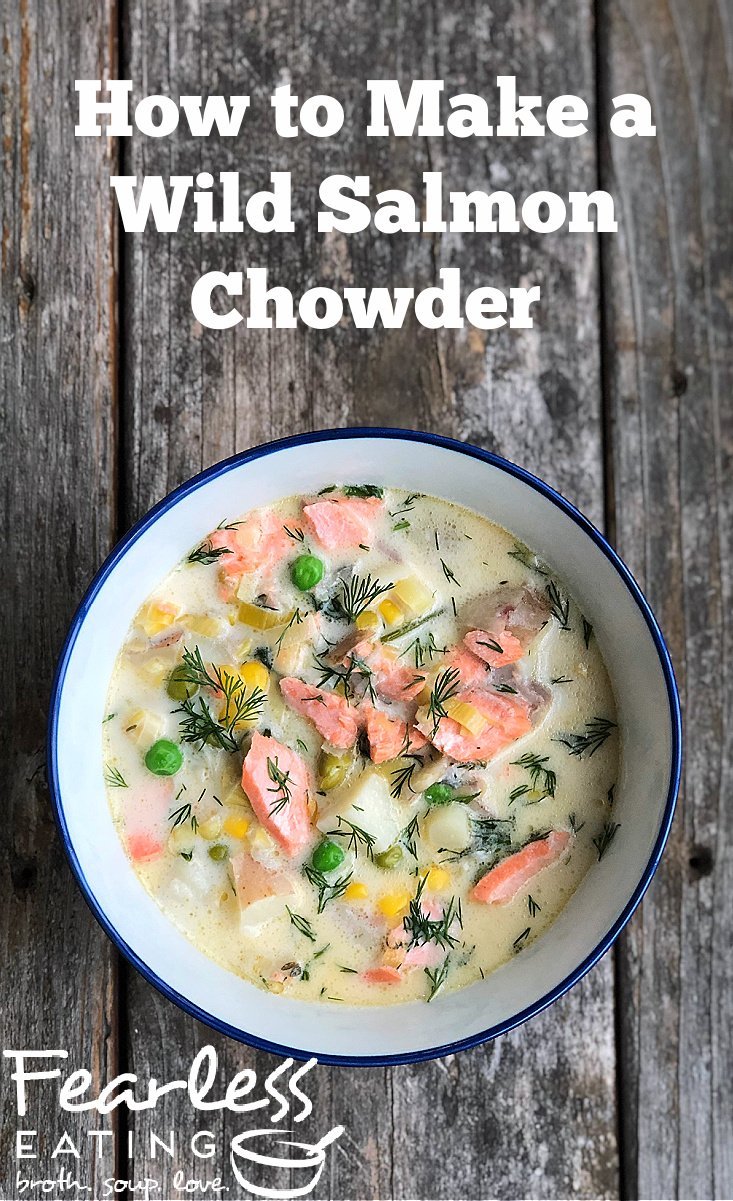