This Thai beef noodle soup recipe is one of my absolute favorite Thai soups. It’s also pretty easy to make at home though I have to admit there’s nothing quite like getting it in Thailand itself where street vendors peddle their tasty soups from pushcarts which are a little bit like the hot dog carts you’ll find in American cities.

Seriously, how cool is that? Bone broth on wheels! That’s what I call the noodle soup carts of Thailand.

Maybe someday it will catch on here in America (but probably not). Well, in Thailand they’re found everywhere, roaming through the streets of cities and towns or parked at roadside stalls and markets.

In the middle of the cart is a large stockpot, about one-and-a-half to two feet in diameter and maybe three to four feet deep. Within the stockpot are 2-3 separate chambers, one or two for a few different types of broth and a smaller one for boiling and blanching various noodles and veggies. Next to the stockpot is a small display window showcasing different types of noodles, veggies, herbs, chilies, meats, pastes, and sauces, all of which are added to the broth in different ways to create a variety of different soups.

You’ll often hear them coming too as the vendors will tap two pieces of a bamboo block together creating a resonant sound that’s often referred to as “pok pok.” This lets people know that their noodle soup is nearby. Just the thought of that sound makes me start salivating!

Here’s a really cool YouTube video to see what I’m talking about.

And no, not every noodle soup vendor does what she did at the 1:08 mark. But it’s certainly not uncommon either.

These soups are an iconic part of Thai street food and culture offering an almost infinite variety of different styles and flavors that blend influences from throughout Asia.  While some have evolved into uniquely Thai versions, some are not so different from what you might find in other southeast Asian countries. For example, the famous Vietnamese noodle soup, Pho, is not that different from a Thai beef noodle soup.

If you like this Thai beef noodle soup recipe, you’re sure to like the dozens of other Thai soup recipes that are in my new cookbook, The Thai Soup Secret.

Other than Tom Yum Goong and Tom Kha Gai, Thailand’s two most famous soups, Thai soups are not that well known outside Thailand. There are literally hundreds of Thai soups that never make it to the menus of western Thai restaurants.  In my travels in Thailand, I collected many of these recipes and include them in the book.

In particular, I focus on broth-based Thai soups that are both healing to the body and super simple to make at home. The Thai beef noodle soup recipe is actually one of the more in-depth recipes!

How to Make a Thai Beef Noodle Soup

For the beef, use any tender cut of beef and slice it into very thin, raw strips.  You could also flash fry the beef in some oil on both sides and then slice it thin.  Simply pouring the hot broth over the strips will cook them sufficiently. 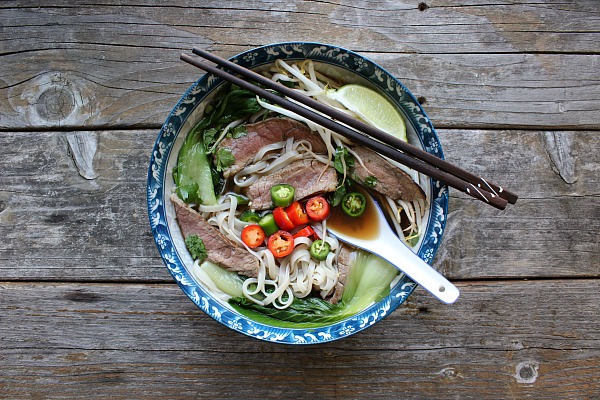 For rest of soup: 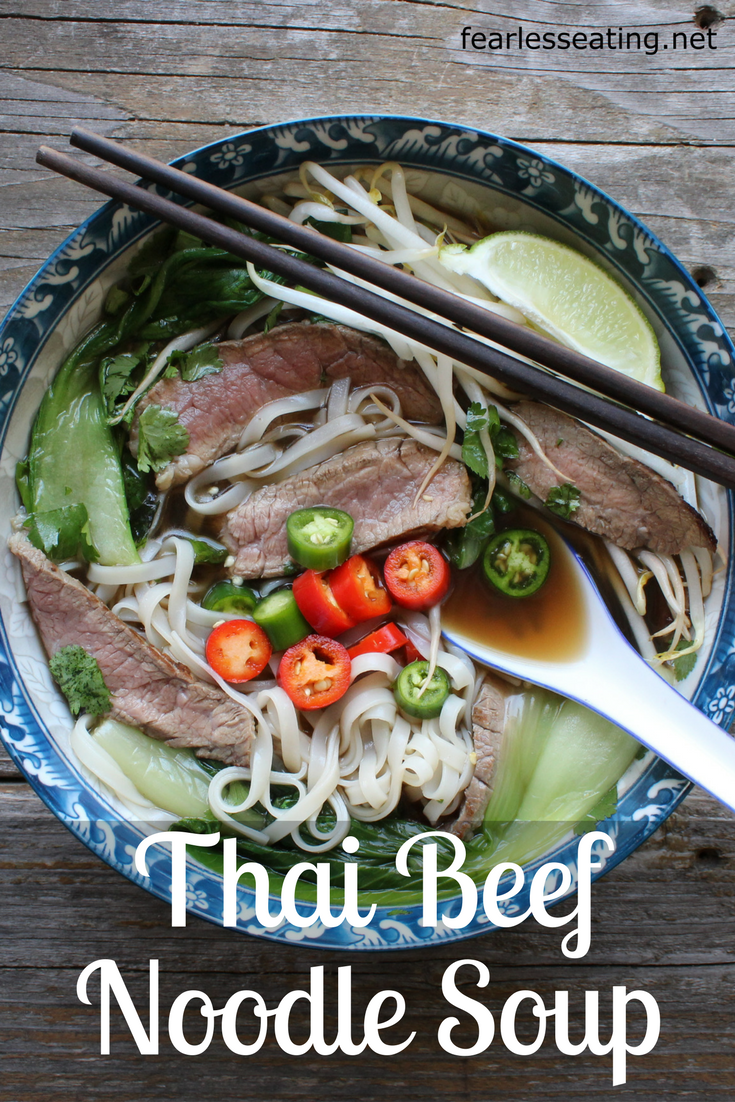 How to Make Asian Noodle Soups Without Recipes