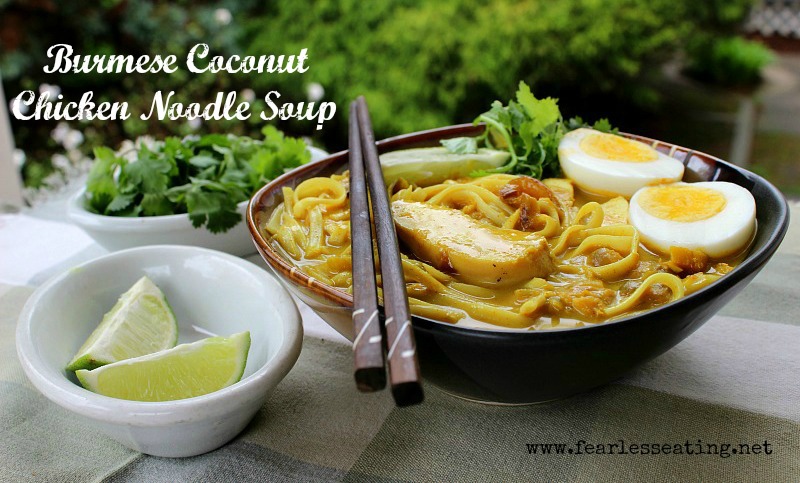 Before I get to the Burmese coconut chicken noodle soup recipe, I just HAVE to show you something kind of funny.

So one of my goals for this year is to become a better food photographer. Well I just completed a 5 week class on the basics of photography.  By no means do I now consider myself an expert, but I’ve learned enough, at the very least, to NOT take photographs that gross people out.

If you think I’m exaggerating, look at this… 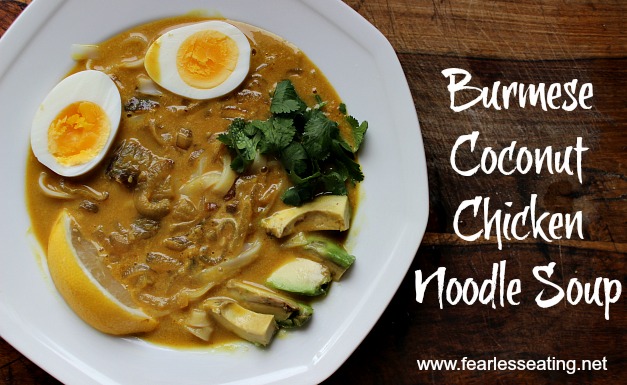 That’s a photograph I took many months ago, before I took my photography class.

I mean seriously, how BAD is that?! WHY DID I EVER THINK THAT WAS A GOOD PHOTO?!

Looks like a bunch of puke with some eggs and lemon.

And to think, I ALMOST published it.

Thankfully, the post got pushed back in my schedule and then I went to Thailand and totally forgot about it.

So I decided last week that this would be a good time to finally put it up on the blog as I’ve been posting a lot of southeast Asian soup recipes recently. Of course, when I looked at that photo I was horrified.

Immediately, I knew I had to re-shoot it which of course meant I had to re-make the recipe (which I was more than happy to do). As you can see from the top photo, I’m slowly getting better (or at least not taking pics that look like vomit).

OK, bad food photography stories aside, let’s move on to the recipe!

I stumbled across this Burmese coconut chicken noodle soup only a few times when I was in Yangon many years ago. But it left a lasting impression. It has many similarities to Burma’s national dish, mohinga, one of them being the use of chickpea flour (also called fava) as a mild thickener. Combined with the coconut milk and chicken broth, it gives this soup a deeply satisfying earthy sweetness.

How to Make a Burmese Coconut Chicken Noodle Soup

This recipe is also included in my book, Fearless Broths and Soups: Ditch the Boxes and Cans with 60 Simple Recipes for Real People on Real Budgets, which features an entire chapter of Asian noodle soups!  If you’d like to get more recipes like this Burmese coconut chicken noodle soup, be sure to keep reading below the recipe. 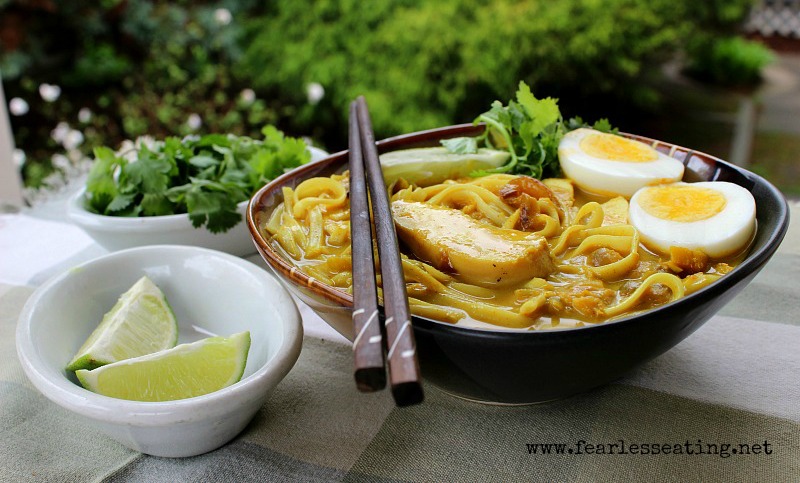 1. Personally, I love all of the accompaniments but the one I would HIGHLY recommend is some avocado slices as they’re a perfect complement to this soup. I’m not a fan of importing fruit (yes, avocado is a fruit!) from halfway around the world but I wouldn’t object to someday having Burmese avocados in our supermarkets, which are the size of softballs. You’ll never be able to look at a wimpy Haas avocado the same way ever again.

2. Use eggs in place of chicken for a Burmese coconut curry egg noodle soup! Do the same with beef and beef broth.

3. Eggs noodles work best in my opinion though udon and rice noodles could work well too.

My travels through Asia has left me with a permanent life-long love of Asian noodle soups and as I said above, I have an entire chapter in my new book devoted to simple 3-step Asian noodle soups.  They’re not hard to make!  Besides the Burmese coconut chicken noodle soup, here a sample of some of the other recipes:

The book also includes many other recipes for things like creamy vegetables soups and seafood soups and chowders.

All of the recipes included will emphasize simplicity.  They’re geared to all you stressed out moms and dads, workaholics and non-cooks trying to figure out how to eat well with limited funds and time.

And these days, that’s just about everyone.

Click here to see Fearless Broths and Soups on Amazon. 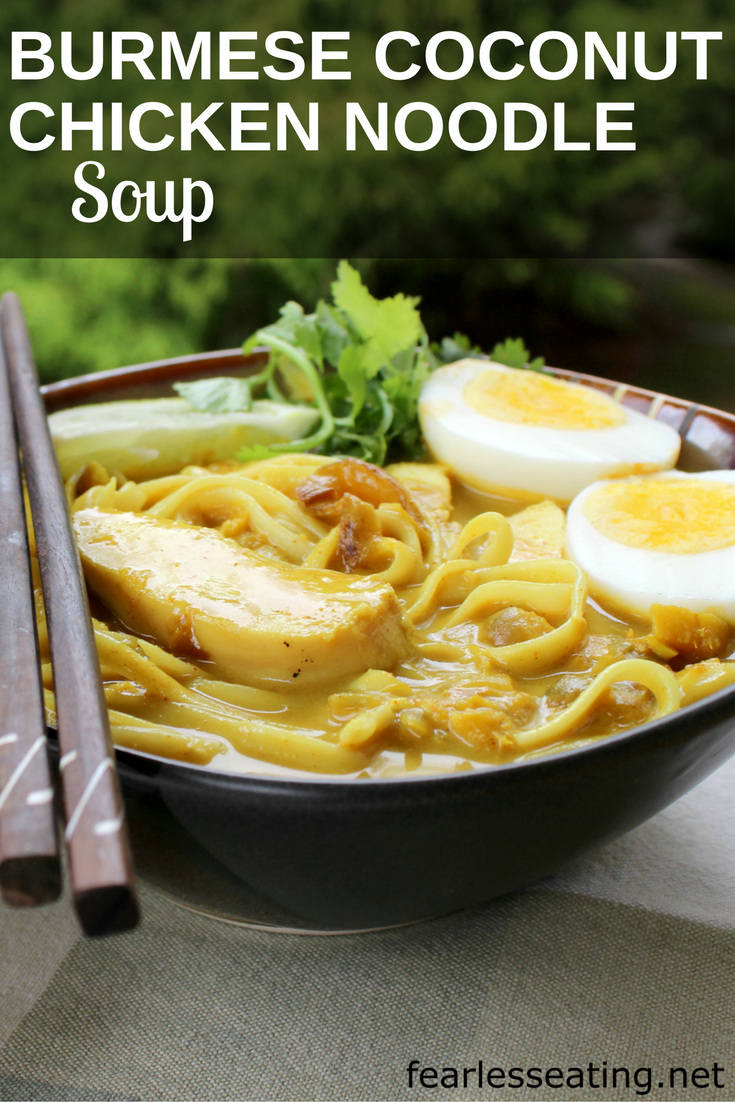