Every now and then I come up with a recipe so stunningly fantastic that the more common recipe I’ve adapted it from seems to pale in comparison. This is exactly the case with Japanese fermented cucumber pickles.  Seriously, I don’t know that I can ever enjoy regular ol’ dill pickles ever again.

And if you like Japanese cuisine, especially the classic flavor combo of ginger, garlic, and soy sauce, I guarantee you’ll fall in love with this recipe for fermented Japanese cucumber pickles.

Now I actually adapted this recipe not from regular dill pickles but from some recipes in a book called Asian Pickles by Karen Solomon.

Great book.  Click here to check it out on Amazon.

It’s a great resource for a nice variety of simple pickle recipes from India, Korea, Japan, Southeast Asia, and China.

Now many of Karen’s recipes utilize a common quick pickling method whereby vegetables are mixed with different kinds of vinegar and oils, sugar, spices, and seasonings like soy sauce, fish sauce, and miso.   They’re pickled for very short time periods of anywhere from a few minutes to a full 24 hours.

But pickling lacks the health benefits of lacto-fermentation and as a fermentation enthusiast, I wanted to try fermented Japanese cucumber pickles.

So I decided to do an experiment whereby I’d submerge the cucumbers in soy sauce and see if they’d ferment. Of course, on the surface, it seemed to make sense as soy sauce is already a fermented liquid.  However, a quick Google search revealed very little in the way of soy sauce as a fermenting medium.  Almost every recipe I came across was utilizing quick pickling methods.

I thought there was probably a good reason for this, in particular, that perhaps the flavor of the soy sauce would just overpower everything.  I figured that’s why quick pickling methods are more common.

And then I thought, well, let’s just try it!

I chopped the cucumbers into small wedges, added ginger and garlic, a little sesame oil and submerged it all in soy sauce.

After a few days,  the fizzing started…

Now for the moment of truth.  The first taste.

The soy sauce absolutely did NOT overpower the pickles.   They stayed fresh and crisp in the liquid.  And the classic combination of ginger, garlic, and sesame oil was pure magic (as it is in every recipe).

Ready to have your fermented pickle world rocked?

I promise you’ll never look at dill pickles the same way ever again. 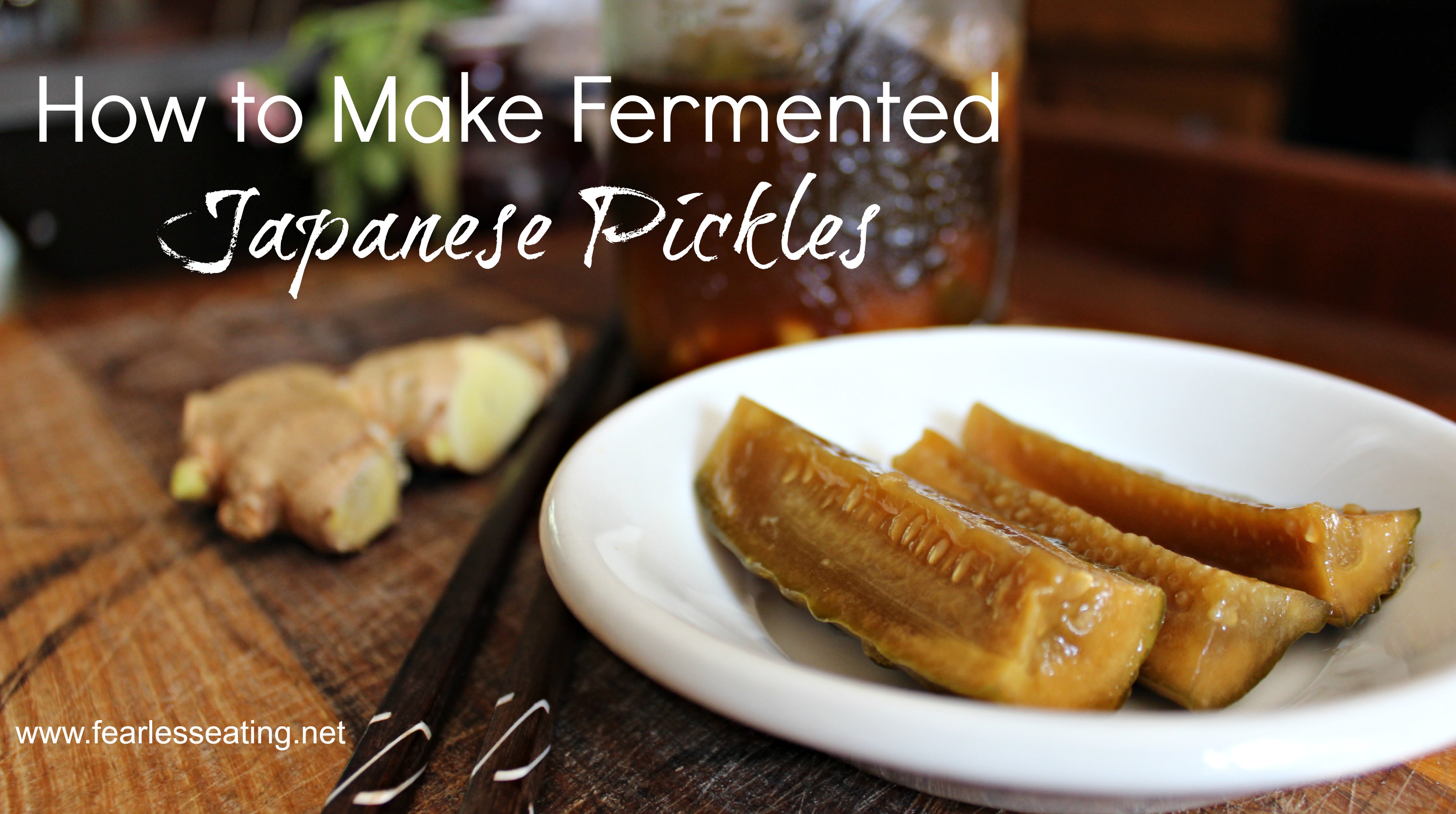 Ginger, garlic and soy sauce are the key ingredients in this recipes for japanese cucumber pickles.