Why and How You Should Eat Like a Fish

You might think that in New England, with its rich and storied relationship to the sea, there would be a deeper connection to local seafood than in most places. Eating with the Ecosystem, a nonprofit whose mission is to promote a place-based approach to sustaining New England’s wild seafood, set out to find out. In 2019 they published a unique one-of-a-kind citizen science research project called Eat Like a Fish.

You can read the entire report here.

They recruited 86 citizens from across New England and for 6 months asked them to regularly visit almost 400 different fish markets to assess the availability of 52 types of native New England seafood. The purpose was to gauge how well the diversity of New England’s wild seafood is reflected in the New England marketplace.

The answer was somewhat surprising: Not very well at all.

Clearly the same dynamic occurs on a national level. Despite there being hundreds of edible seafood species on our coasts, 90% of all seafood consumed in America comes from just ten species. Canned tuna, salmon and, of course, farmed shrimp make up over 50% of of those ten. Two others, cod and Alaskan pollock, are a huge part of the processed food industry and are used in things like fast food fish sandwiches and frozen fish sticks.

This is creating havoc in our oceans. Large scale industrial fishing is leaving a trail of destruction in a greedy race to fulfill the demand for just a few species.

Overfishing, intensive shrimp aquaculture, bottom trawling that damages the ocean floor, wasteful bycatch and abandoned plastic fishing gear are all part of the problem. It’s no wonder our oceans are in crisis.

Images of entangled sea life and tales of damaged ocean ecosystems regularly appear on the news and in our social media feeds. It’s easy to feel overwhelmed and helpless in the face of it. Though it seems minor, expanding our palettes and embracing the diversity of our oceans can play a role in helping our oceans recover. That’s what it really means to “eat like a fish.”

Because when we eat a wider variety of local seafood we participate in a more balanced, economically fair, ecologically sustaining system.

Fishermen that fish for one or only a few species put themselves at risk. Some years certain fish are plentiful and some years they’re not. Diversifying what they can catch reduces that risk just like a farmer reduces his/her risk by planting a wide variety of crops.

Diversifying our seafood choices also reduces wasteful bycatch. This bycatch is sometimes referred to as “trash fish,” which are the unwanted bycatch of more commercially popular fish. More often than not they’re thrown back overboard or just die. But sometimes they can be sold as bait, to pet food companies or exported to countries that recognize their value.

And that’s the thing. They have immense value. They have their own unique tastes and textures, and nutritional benefits, and most are plentiful and highly sustainable. Instead of “trash fish” which has a negative connotation, they should really be called “undervalued fish.” Because there’s little domestic demand some are often quite affordable. Examples of undervalued fish in New England include mackerel, bluefish, skate, sea robin, dogfish and this…

That’s a porgy (also called “scup”) that I caught myself this past summer on the Long Island Sound. Cooking it up was so easy. I placed a bunch of fresh summer veggies and herbs in the cavity, drizzled it with olive oil and lemon juice, and baked it. The meat was fall-off-the-bone tender and just so wonderfully flavorful.

Finally, diversifying our seafood choices will help us adapt to the coming shifts in underwater ecosystems, which as a result of warming oceans, will bring new species into our local waters and have familiar ones leave. Our local fishermen would LOVE to catch and sell us a wider diversity of seafood if we demanded it.

But before we demand it we need to re-familiarize ourselves with it. No one’s going to demand anything they’ve never tasted before. Negative perceptions of seafood are entrenched in our culture which is due to both unfamiliarity but also negative experiences.

I’ll give you one example from my own life. As a kid, I loved catching bluefish. But I hated eating it. Why? No one in my family knew how to cook it. I brought home fresh fillets and we put them in the freezer. When we thawed them and cooked them they were utterly awful. Little did we know that, unlike other fish, one should never freeze bluefish.

Recently, I decided to revisit bluefish. I learned that because of their highly active feeding habits they have a high level of oxygen in their bloodstream that gives their meat a high oil content (and thus high omega-3 content). This means it can spoil quickly and does not freeze well. However, if you cook them fresh, they have an absolutely fantastic rich, full flavor.

I bought that beauty in the pic above from the Fearless Fish Market on a day trip to Providence last year. I filleted it up myself and broiled it with butter and lemon and then topped it with some fresh dill. It was just phenomenal. It’s now one of my favorite fish to eat. (Check out my 5 bluefish recipes post to see how easy it is to cook) But what I experienced as a kid was fairly common. This cultural reputation as being overly fishy persists today. Many species have similarly entrenched negative perceptions.

Similarly, the Eat Like a Fish citizen science research project recognized that one of the key challenges facing most people is not just the accessibility to diversity, it’s also learning how to cook the diversity!  All 86 citizen scientists were asked to prepare and cook unfamiliar seafood in new ways. Most discovered that previously held prejudices were dissolved when they learned new ways to bring out their unique and varied flavors. They enjoyed learning new recipes and even discovered newfound favorites!

When we realize what we’ve been missing all these years – abundant, cost-effective, healthful seafood right on our shores – and we acquire the cooking skills to prepare it in delicious ways, the demand will naturally follow.

From start to finish, seafood soups are really quite simple. Seafood stocks are the quickest and simplest stocks to make. Fish and shellfish will cook in just a matter of minutes.

I am currently working on a cookbook, tentatively titled New England Soups from the Sea and I’ll be including recipes that use undervalued fish and shellfish.

Wait so you’re writing a book about chowder?

And there’s a lot more to chowder than clam chowder. You can use ANY type of seafood in a chowder. For example, bluefish!

Here’s my bluefish chowder recipe which will be featured in my book.

It is one of the most incredible chowders I’ve ever tasted.

For more chowder recipes, check out my Ultimate Guide to New England Chowder which includes 12 recipes.

The next time you’re at a seafood market, try something different. Better yet, ask your local fishmonger to recommend something local, in season and something you’ve never tried before.

If you live in the northeast, instead of a lean white groundfish like cod or haddock, try pollack, hake, whiting or dogfish.

Instead of an oily fish like tuna, swordfish or salmon try bluefish, mackerel or striped bass.

I’ll be featuring many of these undervalued species in my cookbook. And of course there will be familiar favorites too like clam chowder and lobster bisque.

In the meantime, check out the book Simmering the Sea: Diversifying Cookery to Sustain Our Fisheries. It’s a fantastic and fun guide to 40 different types of lesser-known species of New England fish and shellfish, each of which includes an accompanying recipe.

Finally, be sure to sign up for my newsletter where you’ll never miss a post and where you can be notified when my book is ready. I’m working hard on it!

Update: The Massachusetts Seafood Cook Off!

And here’s another great idea: If you live in Massachusetts, check out the first ever Massachusetts Seafood Cook Off taking place throughout October of 2020.

It’s hosted by Our Wicked Fish, a New England-based non-profit whose mission is to educate and connect consumers to more local New England seafood.

The cook off is a 4 week event held on Instagram with different seafood cooking themes and prizes awarded. It’s a great way to increase your knowledge of local seafood and to help support it.

I’ve already signed up myself! Click here to register and enter. 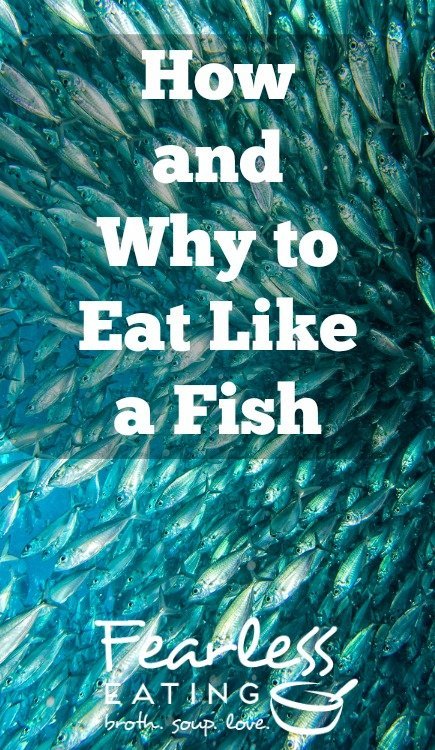