Why Acid Reflux is NOT Caused by Too Much Acid 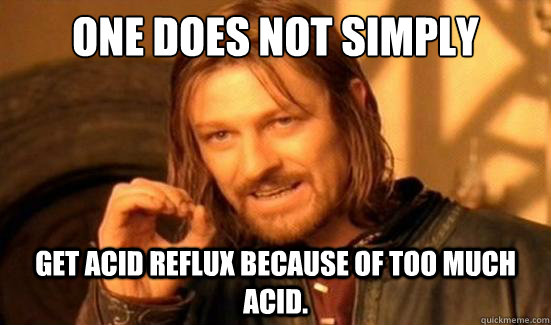 Today I want to share with you a story that I share in the Introduction of my new ebook, The 30 Day Heartburn Solution.

Several years ago I gave a talk at a local library on heartburn.   As you may know, this is a condition where stomach acid refluxes into the esophagus and burns the lining.   If this happens chronically it can damage the esophageal lining.  This is known as GERD (Gastro-esophageal reflux disease).

In my talk I explained in detail why acid reflux is NOT caused by too much stomach acid, but in fact, NOT ENOUGH.

I also explained the connection between the chronic use of antacids (Tums, Rolaids, Alka Seltzer) and acid-blocking medications (Prilosec, Zantac, Pepcid) with nutritional deficiencies, bone loss and further digestive problems.

I figured most of the audience was taking an antacid or an acid blocker so I was shocked when there were no questions at the end.   In fact, people even applauded!  I guess that’s because with a little education it’s not that hard to understand why acid reflux is not caused by too much acid.

However, not everyone was as convinced as I’d thought.

A few days later I got an email from “Sarah,” one of the attendees.  A long time heartburn sufferer, she was intrigued by my talk.  She went to her doctor who was prescribing her Nexium, and not surprisingly, the doctor convinced her I was dead wrong and that all the research and science supports the over production of acid as the root cause of heartburn.

Boy did she let me have it in an email.   In a somewhat demeaning tone she told me that I’m not a doctor, that I should do further research and that the theory of low acid is flat out wrong.

Two YEARS later I received an email with the subject line that read, “I owe you an apology.”

It was from Sarah.

“I attended a lecture you gave at the Forbes Library a few years or so ago on the subject of acid reflux and heartburn.  I was intrigued, but when I checked with my gastroenterologist, he assured me that the science supported his approach, and so I wrote you suggesting you limit yourself to the science.

Meantime, I got worse and worse, and found myself enduring heartburn even though I was taking 40mg of Nexium daily.  I reconsidered, if not the science, at least the logic of your assertions.  If my stomach had virtually no acid as a result of taking Nexium, how could I be suffering from hyperacidity (too much acid)? So I decided to try some science on myself, to test the hypothesis that hypoacidity (low acid) was the problem.  While actually suffering heartburn, and contemplating taking a second Nexium of the day, I took acid instead.  Well, it worked, and I continued my experimentation.

I have to say, I was skeptical of the ‘caused by not enough acid’ theory, but now I am convinced. I feel like an addict cured.”

Part I of my new ebook explains clearly why acid reflux is not caused by too much acid and why acid-blocking medications stop the symptoms of heartburn but not the underlying cause.