What I Said at the GMO Labeling Hearing 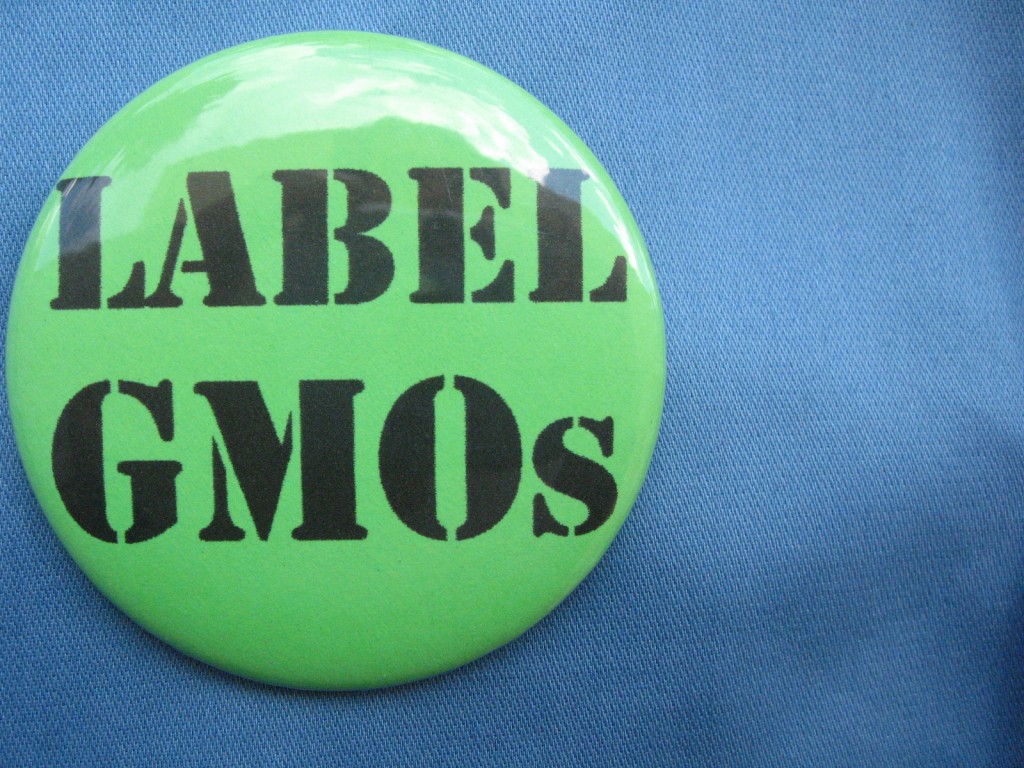 If you were asked to give a three minute testimony to your state legislature about labeling GMOs, what would you say?

My state, Massachusetts, is one of many states around the country considering legislation and last week the  Joint Committee on Public Health heard public testimony on three different bills to label GMOs.

To be honest, I was hesitant at first.  The political process is new to me and I wasn’t sure what to expect.  But I knew I had to go.  I’ve learned too much about the dangers of GMOs to not speak up.  Besides, I figured it would be a good learning experience for me to see our government in action.

So on a rainy Tuesday morning I got up at the crack of dawn to trek across the state to Boston.  It’s usually about an hour and half drive.  Three and a half hours of epic traffic later (one of the many reasons I live on the opposite side of the state) I arrived just as rally on the statehouse steps was ending.  Someone handed me a Label GMOs pin and in to the statehouse we went.

The hearing room was surprisingly small but dozens of GMO labeling supporters packed the room.  Sixty-five people signed up to speak but only forty of them made it within the time frame allowed.  I was in the second to last group of speakers. 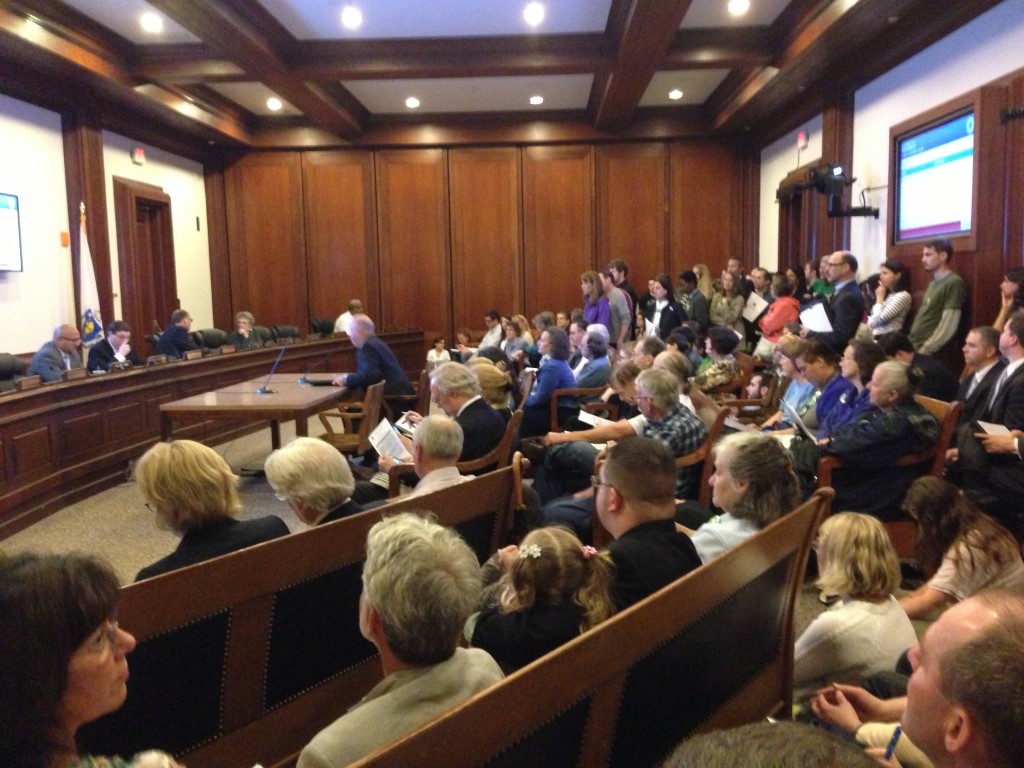 The true reason for not labeling GMOs

When the first person was called to give testimony I whispered to my friend Cheryl, “This guy’s got pro-GMO written all over him.”

Sure enough, he represented the Grocery Manufacturers Association (GMA) which represents the largest processed food companies in the world including Coca-Cola, Pepsi, Kellogg’s, ConAgra, General Mills and Campbell’s Soup, all of whom use GMOs.

He of course sounded like a politician, cleverly evading questions and returning over and over to his position that according to the FDA (which means according to the biotech industry) there is no nutritional difference between GMOs and non-GMOs (a complete lie) and that labeling suggests to the public (90% of whom want labeling) that GMOs are somehow different from other crops (which they are).

Basically, this man and the companies he represents doesn’t want you to have the right to know what’s in your food.  As an impassioned citizen said in her testimony, “Follow the money.  Why are they (the biotech industry) arguing GMOs are good for us?”  Yup, there’s one reason and one reason only:  money.

Luckily,  he wasn’t fooling anyone, including the committee.  I could tell they weren’t buying it.  As the chairman of the committee said on more than one occasion, “But I don’t get it.  What’s the big deal about a label?”

A fundamental right to know

After the GMA rep spoke, dozens of citizens representing all walks of life spoke in favor of labeling GMOs.  Doctors, nurses, activists, MIT scientists, businessmen, ministers, parents and even high school students traveled from all over the state for an opportunity to voice their concerns.   Their reasons were varied and many – health concerns, environmental concerns, ethical and religious concerns and political corruption were the common themes.  But what united everyone was a fundamental right to know.

Another common theme in the testimonies was the fact that over 90% of the American public wants GMOs labeled and that over 60 countries already label GMOs.

In fact, a few weeks ago a fan of my Facebook page was over in Scotland where they require GMO labels.   She took a few pics and gave me permission to share them.  Here’s what GMO labeling looks like: 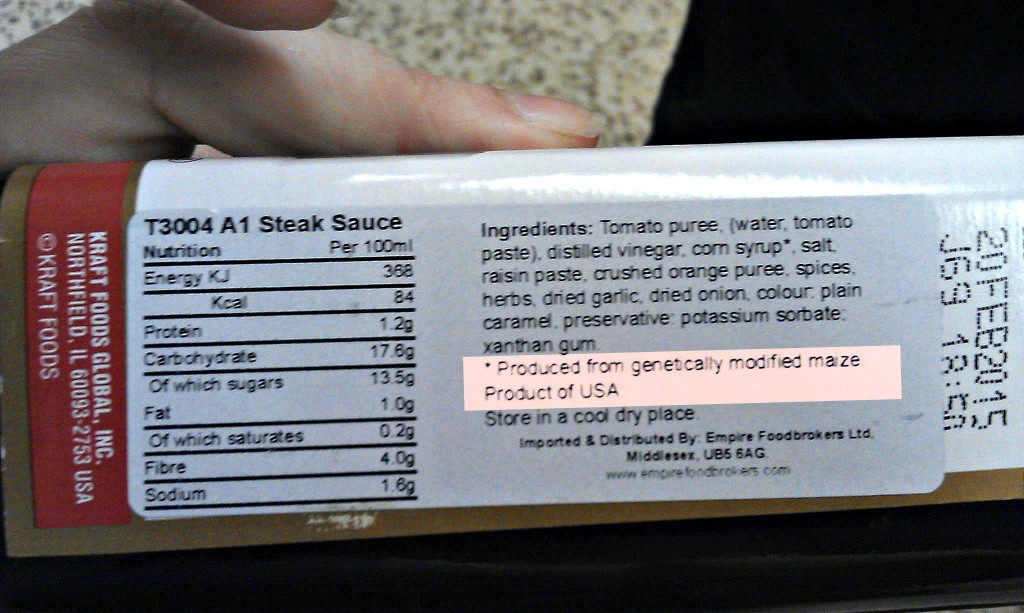 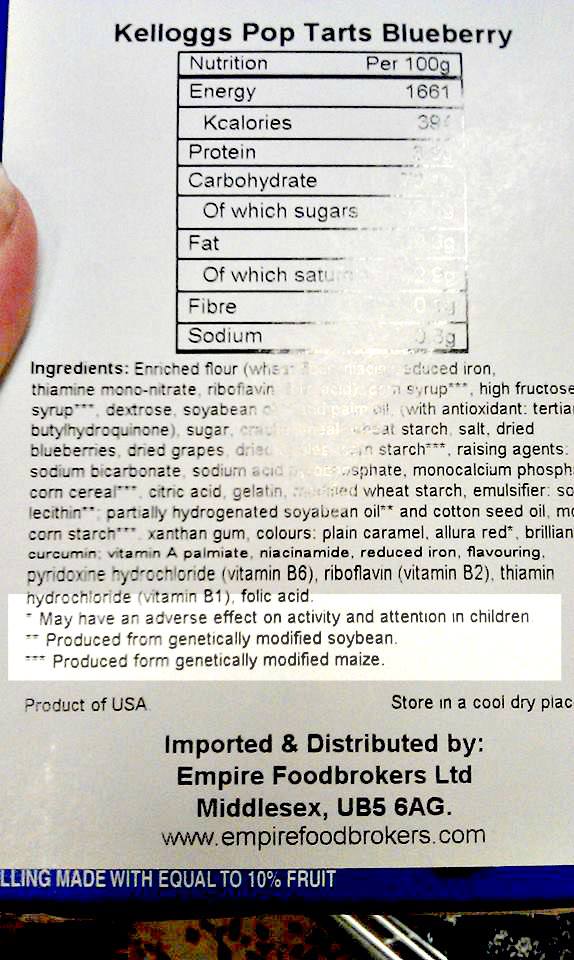 Is it so unreasonable to ask for that here in the United States?

Turns out someone actually taped the entire hearing!   You can check out my testimony from 16:30 to 18:40.

As you’ll see, I spoke really fast!  I was a little nervous and had to amend some of what I’d prepared that had already been said.  The sound is also not great so if you couldn’t hear it well my main point was when I said this:

I work with a diet that specifically addresses autism.  It’s called the GAPS diet  and it’s an acronym that stands for “Gut And Psychology Syndrome.”  It was developed by a medical doctor named Natasha Campbell McBride.  There’s a lot of practitioners who’ve been certified by Dr. McBride around the world.  I’m one of them and universally we are seeing incredible improvements in autistic kids on the GAPS diet.

Now admittedly I don’t know how much that has to do with the GMOs compared to all the other chemicals in these foods – trans fats, the preservatives, the pesticides.   But I do know that people get better.  And it makes sense to me that people should be informed so they can at least be on the safe side and choose to NOT consume GMOs, especially if they have kids.

Obviously, my testimony was a bit more anecdotal.  But anecdotal or not, the fact remains that according to the CDC, 1 in 88 kids are now diagnosed on the autism spectrum.  Growing up in the 80s I can’t remember one kid in my school who was autistic.  Most people my age or older will tell you the same thing.  I don’t even remember hearing the word “autism” until the 1990s when GMOs were released into our food supply.

And that 1 in 88 continues to rise.  Stephanie Seneff, senior scientist at MIT also gave some testimony regarding autism which you can see in the video below.  She quotes the latest autism spectrum statistics at 1 in 50 kids. Scary.  And of course, let’s not forget the many other chronic health issues that have spiked since the mid-1990s – reproductive problems, digestive issues and food allergies to name just a few.

If you’re new to the issue of GMOs, check out this video compilation of the other speakers.  It presents a good range of reasons why GMOs need to be labeled and why concerned citizens around the country are speaking up.

If you had a chance to speak, what would you say?

How to Find the Best Prices on Organic Food Online