Why You Should Stop Feeding Your Dog Commercial Dog Food 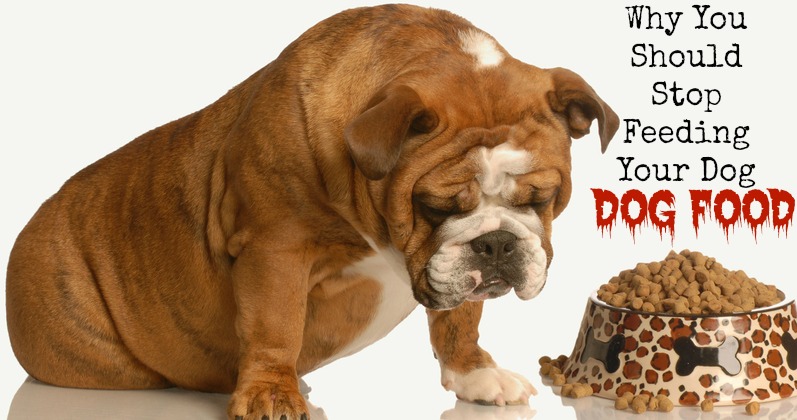 About a year ago I hit the roommate jackpot.  Not just once, but twice.  My friend, Janice, needed to rent a room out in her house and asked me if I was interested.  I wasn’t happy where I was living so I decided to give it a go.

Here’s a pic from the first night I met Lipton. 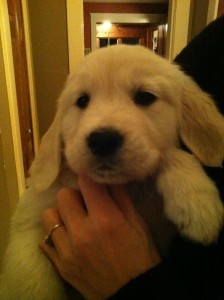 Yes, Lipton like the tea.  Janice said her milky white coat reminded her of the color of the Lipton tea that her recently deceased husband used to drink daily.

Here’s a few more pics of her first few months: 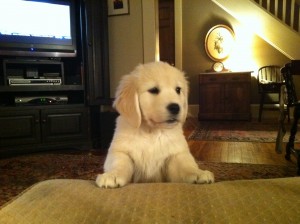 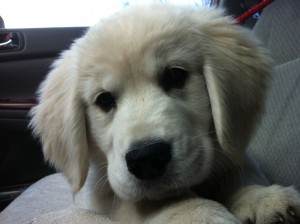 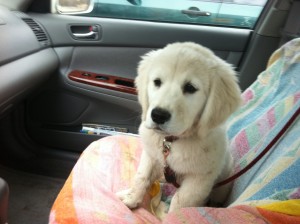 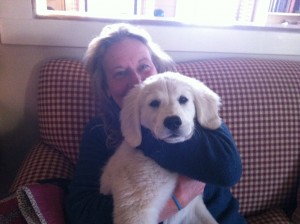 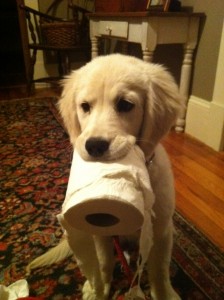 What a cutie, huh?

I grew up with golden retrievers, three of them to be exact so I have a serious soft spot for them.  They trigger some child-like quality in me that I sometimes have to remind myself is not inherent in all human beings (which I don’t fully comprehend).

I mean seriously, how can anyone not love a golden retriever?  What is it about their gentle and playful nature, their golden coats and big, floppy ears that is not to love? Let’s just say if there were no societal mores, I’d go up to every golden retriever I came across,  squish its ears in my hands, bury my head in its furry face and willingly accept whatever big sloppy wet dog kisses it wanted to give me.

For the first few weeks and months, everything was great with Lipton.

Except for one thing. 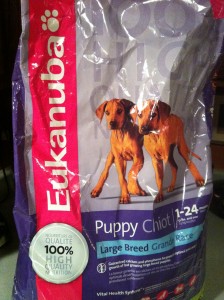 This is what Lipton was eating.  Grain-based, highly processed dried commercial dog food.  All three dogs I grew up with ate this sort of stuff.

And all three experienced health problems at an early age.

The first, Taune, had thyroid problems and died at age 9.  The second, Misty, lost all her vitality by age 5 and the last, Cody, developed cataracts around age 1. Misty and Cody both died at age 11.

And while I can’t say all of their issues were united by commercial dog food, I suspect there was a strong correlation.  Because what did unite them all were two specific things and both of those things I started to see early on in Lipton.

The first was a very dry coat.  And the second was a lack of interest in their dry food.

The latter in particular was something I vividly remember at the end of Cody’s life.  I’m pretty sure all three of our dogs ate a popular grain-based dried kibble called Science Diet.  If there were truth in advertising this crap would’ve been called The-Not-So-Science Diet.

Cody would stand listlessly over his bowl, look disgustedly at his food, and know he had no choice but to eat it.

One night on a hunch I mixed in some canned beef broth as an experiment.  Probably not the best quality broth but those were in my pre-real food days.

Boy did he light up.  He slurped that broth down with all the enthusiasm of a ravenous young puppy.

But I wasn’t going to convince my father to change his diet nor do I blame him.  It’s just what the vet recommended.  Heck I wasn’t completely convinced myself.  My beef broth experiment was just a brief, sneaking suspicion, one that passed as quickly as my trips home from college in those days.

Much like modern humans abandoned their traditional diets, so did they abandon their pets’ natural diets in favor of processed pet food.  And just like with human food, clever marketing by the highly profitable pet food industry has convinced us that cheap, dried kibble is a suitable diet for our pets.  And just like most doctors are uninformed when it comes to human nutrition, most vets are woefully uninformed about pet nutrition.  And just like modern humans, pets are experiencing higher and higher rates of chronic, degenerative disease.

The best analogy I can think of is to think of dried commercial dog food as the equivalent of dried human cereal.  Imagine if you were forced to eat dried cereal every day for the rest of your life.  I imagine you’d wind up with some serious nutritional deficiencies and some serious health problems. 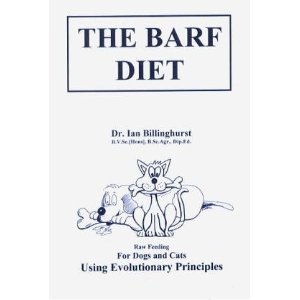 When I expressed my concern about Lipton’s diet to my friend Eric, who is also a great dog trainer, he suggested I read The BARF Diet.  No, it’s not what you think.  BARF stands for Biologically Appropriate Raw Food.  It’s kind of like Nourishing Traditions for pets.  When you read it, little light bulbs start going on.  Because as much as it’s grounded in science, it’s also grounded in COMMON SENSE.

It’s a great book and even better, it’s only around one hundred pages as well.  Click here to see it on Amazon.

The premise is that dogs are supposed to eat what they would eat in Nature which is raw foods – meat, bones and even some fruits and vegetables.

Nor would you ever find a dog eating canola or soybean oil.  Or propylene glycol.  Or corn syrup.  Or artificial colors. Or any of the other poor quality ingredients they put in commercial dog food.

Yup, they put the same crap in commercial dog food that they put in human food.

I’m not talking about pizza and pop tarts but rather the food you eat that a dog would eat in Nature.  Turns out, there’s quite a bit in common.  And it turns out that this is supremely better for dogs than the dried kibble that passes as dog food to the majority of dog-owning Americans.

In fact, human food is exactly what my friend Eric feeds his dog.  Whatever he and his wife eat, the dog eats.

The Most Unscientific Experiment Ever Done

Take away everything you think you know about food.  And just tune it to your taste buds.  Now imagine you’re in a fancy restaurant.  The waiter gives you two dishes.  One, a dried bowl of cereal.  The next, a porterhouse steak in a red wine demi-glace over a bed of goat cheese mash potatoes topped with grilled asparagus (or whatever floats your taste buds boat).

Which would you choose?

So when I found out you could buy commercially prepared raw dog food at the store, I decided to do a similar experiment with Lipton.

And I actually took a video with my iPhone when Lipton was 5 months old.

I gave her a bowl of her dried food next to the raw food to see which she would eat first.  Now I know this is not a very scientific experiment.  In fact, I would say it’s one of the most unscientific experiments ever done.  But perhaps there’s some common sense-visual value to it.  And I guarantee your dog would have the same reaction if he/she was given a choice.

Next time, I’ll tell you why and give you some tips what to do when a raw food diet is just not possible.

In the meantime, be sure to pick up a copy of The Barf Diet so you can learn how to stop feeding your dog commercial dog food.  Because when your dog gets real dog food, he/she will be so much happier and healthier over the long run. 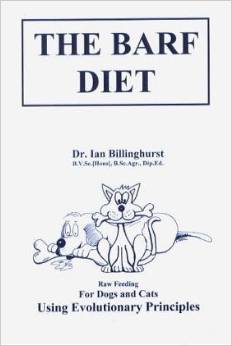 Click here to learn more about The Barf Diet.

Finally, share your experience in the comments below.  What do you feed your dog and why? 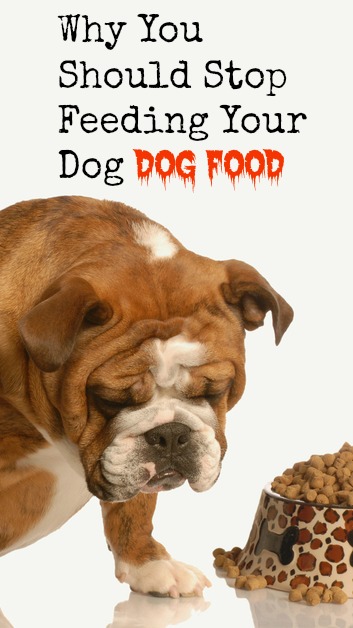 Fearless Eating may receive commissions from purchases made through links in this article. As an Amazon Associate I earn from qualifying purchases. More info here.
Share515
Pin512
Tweet
Yum
Follow

How to Make Homemade Dog Treats from Bone Broth

Cod Liver Oil for Dogs: Why it’s the Best Supplement