How to Make Crab Stock

Crab stock is not something many people make at home, at least not here in New England. However, the method for making crab stock is almost identical to lobster stock, a stock that is probably more familiar to New Englanders. And the result is the same – a wonderful, richly flavored stock that can be used as a base in all sorts of seafood soups, especially soups like crab bisque and crab chowder. And though crabs have historically not been important commercial fisheries in New England, that could be changing in the near future.

Why Crab Stock May Become More Common in New England

The southern New England lobster industry, that being all points south of Cape Cod, has suffered tremendous losses in recent decades due to rising water temperatures. As a result, lobstermen are being forced to adapt. Ironically, one of New England’s most abundant crab species, the Jonah crab, once a nuisance bycatch of lobster traps, is now being targeted.

Though still relatively unknown, even in New England, they’re slowly starting to catch on. As It turns out, Jonah crabs are quite delicious! They are medium-sized reddish-brown crabs with two large front claws and their meat is often described as sweet, briny, and flakier than the more well-known blue crab. And they make a fantastic crab stock.

Though I used Jonah crab in the video below, any type of crab is interchangeable in making crab stock. Feel free to use whatever type of crabs are local to you.

From the four pounds of Jonah crab claws, I got approximately 2 1/2 quarts of crab stock. Not bad! It was a tad on the sweet side so I amended the recipe below to one tablespoon of tomato paste (instead of two). I also amended the total amount of crab carcasses to two pounds as four is quite a lot and may be more than what you have. Regardless, simply use one quart of water per pound of shells.

And like I said in the video, I did pick out all the meat, which was ultra-tedious. It took me about an hour. But it was worth it because I made two delicious soups from the crab stock, a Jonah crab stew and a tomato-based crab soup.

I should also mention that even though I used leftover crab carcasses you could also use whole crabs to make a crab stock. Simply boil or steam some whole crabs (make sure to reserve the steaming liquid for the stock), let them cool a bit, then slice and/or break them up into smaller pieces and use all this for your stock. That way you don’t have to pick out all the meat.

Finally, the recipe below is included in my cookbook, New England Soups from the Sea! It includes many crab soup recipes that use crab stock including crab chowder, crab bisque, crab stew, and a brothy tomato-based crab soup. There are many other types of seafood stocks and broths as well, including lobster stock, two types of fish broth, clam broth, and mussels broth, each of which has dozens of corresponding seafood soup recipes. 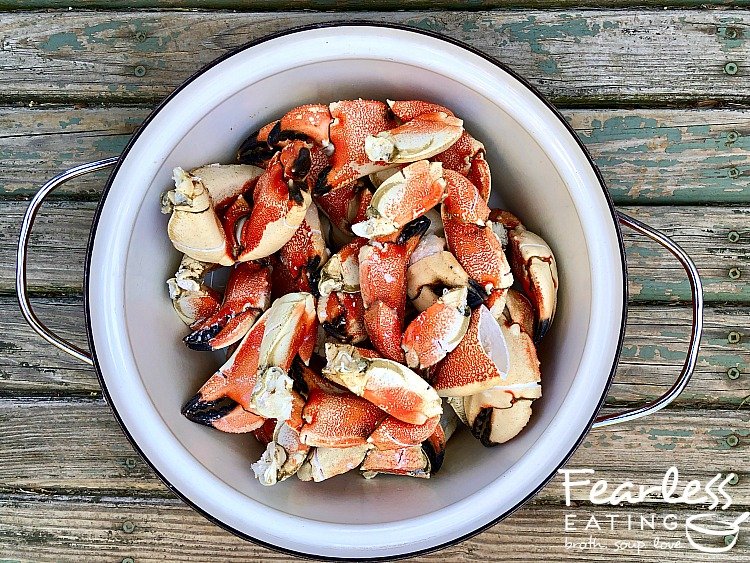 Crab shells, carcasses or even whole crabs can all be used to make a simple crab stock which will add depth and flavor to seafood soups. 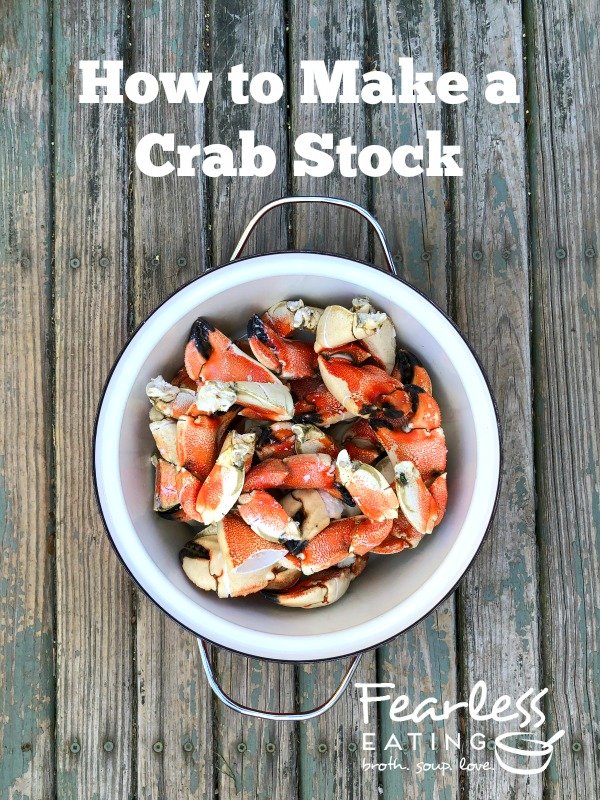