Watch Me Eat a Tarantula in Cambodia

Yes, I’m really going to eat a tarantula (and a few insects). Now DON’T scan down to the video yet.  Let me first tell you why I ate a tarantula and why this is a fairy common thing here in Cambodia.

Eating tarantulas (and other spiders) is actually not a traditional practice in Cambodia. It became widespread out of necessity during the brutal Khmer Rouge regime from 1975-1979.  With millions starving, people ate whatever they could to survive.

After the Khmer Rouge was ousted, many had developed a taste for arachnids and they became embedded into the cuisine.  Today, along with many types of insects, tarantulas are considered a delicacy and you’ll find them in both street markets and even restaurants where they are deep fried, often with a seasoning of some sugar, salt and garlic. 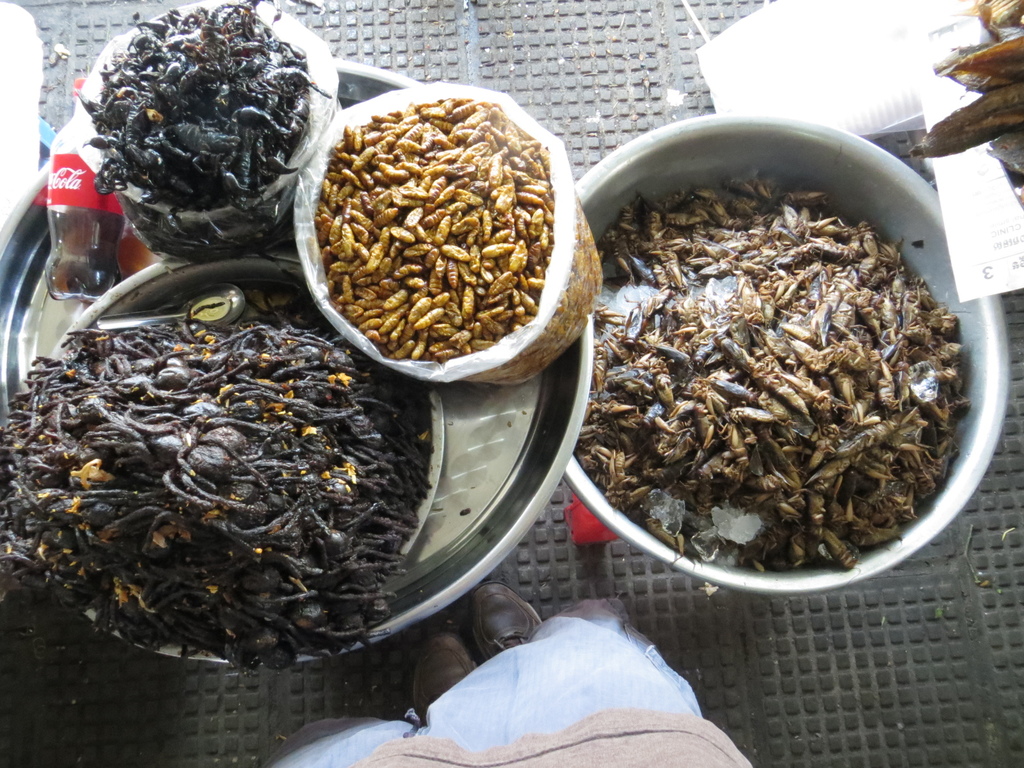 For many western tourists, this is downright appalling. They gawk and take pics but no way in hell are they going to eat a tarantula. For others, while still certainly shocking, it’s also fascinating. And they give it a try just once.

Which is what I did. As you’ll see, it wasn’t like I was dying to do this.

But you know what? It wasn’t that bad. It really wasn’t! I could see why people enjoy them as snacks. The salty taste and the crunchy texture makes for a potato chip-like taste.

I also tried a cricket and a bamboo worm (both of which you’ll see in the video). And I’ve learned that Cambodians don’t just eat these things for their taste but also for their health benefits.

Although tarantulas are a relatively new part of Cambodian cuisine, other bugs are not. Crickets, beetles and silkworms are regularly consumed and have been for a long time.

According to the Food and Agricultural Organization of the UN approximately 2 billion people eat insects as part of their traditional diet.

Insects are a great source of protein, are rich in healthy fats, essential vitamins and minerals like iron, calcium and zinc. And their environmental impact is considerably less than raising cattle and other land animals. Many are starting to view insects as an important part of sustainable food systems around the world due to an ever expanding human population.

Well you might be surprised to learn that crickets are already being sold in places like Whole Foods. Of course, not whole fried crickets like you’ll find here in Cambodia but cricket protein bars and cricket protein powder made from cricket flour.

Exo is a new company that is making the cricket protein bars. 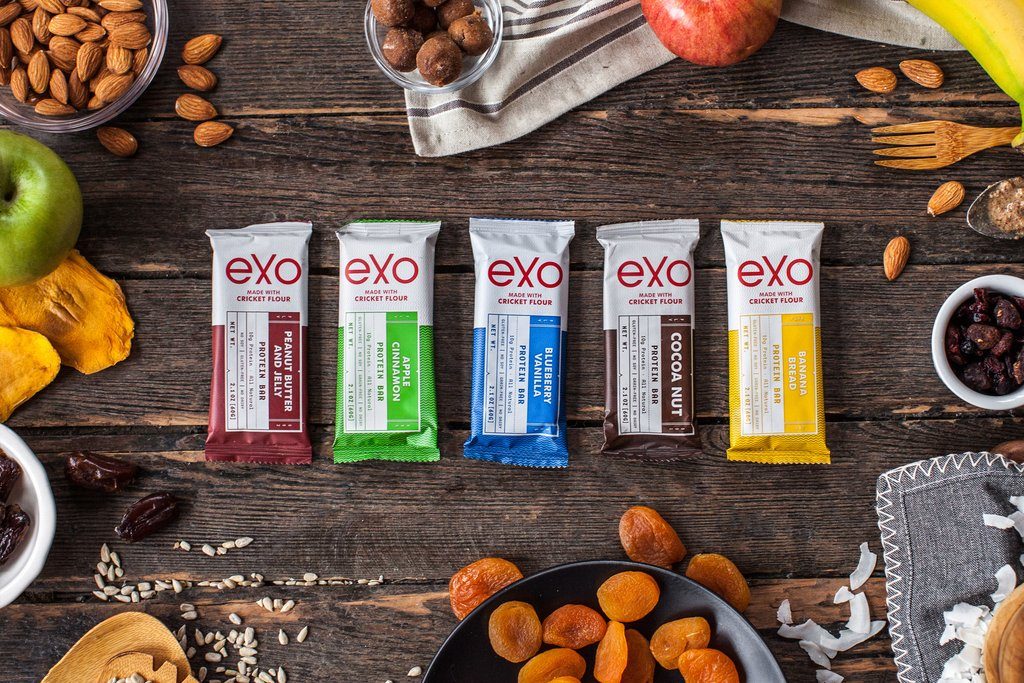 Check out their variety pack of 4 different bars right here.

You can also find the individual flavors on Amazon too. Here’s my favorite one, blueberry vanilla.

Yup, you read that right – blueberry vanilla flavored cricket bars. Only in America. But as one of the founders of the company said, “only by combining insects with something more familiar—protein bars, for example—could people here be convinced to eat them.”

And then there’s just straight cricket protein powder. I’m not sure if these are in places like Whole Foods yet but you can find quite a few products on Amazon. In particular, here’s one that is certified organic.

OK OK, if you haven’t scanned down to the video already, here’s the moment of truth…

Watch Me Eat a Tarantula in Cambodia

In the video you’ll see I mentioned I was on a little foodie tour.  If you ever make it to Phnom Penh, I HIGHLY HIGHLY recommend this tour! It’s been the highlight of my trip so far.

We started the tour on a rooftop bar as the sun set over the Phnom Penh skyline, visited a bustling local market and learned about the local street foods and then finished it off at a Khmer BBQ restaurant. After the buggy appetizer (which is optional!), we delved into some fantastic local dishes such as green mango salad with prawns, stir fried morning glory (a vegetable), crabs with Kampot pepper and a stir fried beef curry.

Our tour guide, an Australian woman whose been living in Phnom Penh for many years, was super knowledgeable, fun and friendly.

While you can certainly sign up for my newsletter, I won’t be blogging too regularly while I’m here in Cambodia. It’s a lot of work! However, I’m sharing content daily to my Instagram and Facebook pages and I’d love to have you follow along. I promise I’m sharing a lot more than just eating bugs. 🙂

Cambodian Sour Soup: A Simple Recipe to Make at Home